One step closer and you make the final breakthrough and reach the end line of this game. However, after a simple puzzle, like the one on level 48, comes a trickier one, as the game developers love to keep you in suspense for as long as they can. In other words, welcome to the What’s the Saying Tricky Level 49 answers, hints and explanations, the resource page that keeps you in check and doesn’t allow you to fail!

This is a good opportunity to catch your breath and start thinking about what other games you’d like to play. The What’s the saying series has many versions, so feel free to get inspired on what to play next. Don’t forget we have many other games, such as logo quizzes, riddles, trivia, and several types of picture and words puzzles and so on. Let’s finish the game first and then browse around for more challenges! These are the What’s the Saying Tricky Level 49 answers and hints, make the best use of them and see you at the finish line!

AS THE WORLD TURNS 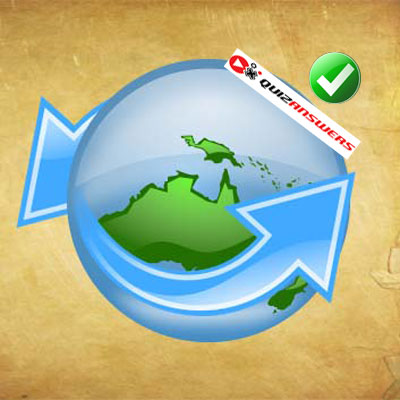 Hints: - The image here displays a blue planet Earth surrounded by the loop arrows or the “around” arrows, which suggest that the planet is rotating. The whole image reads “as the world turns”, because the planet means the world and the arrows show that it is turning. - As the World Turns may be familiar to you because it represents the title of an American soap opera on CBS which dates back to 1936. The saying “as the world turns” suggests notions like the cycle of life, the passing of things and so on.