You’re one step closer to level 20 and just a few challenges away from the mid section of the game, but first things first: the What’s the Saying Tricky Level 19 answers, hints and explanations are here to make sure you move up this level with no problems and reach your goals. The answer to this level is a very familiar term, and the puzzle itself is not hard to break into its components, but it’s better to check your solution against ours than being sent back to square one and start all over again.

The game developers got really successful with this series of word-image puzzle games. Many users who bought and reviewed the games on Google Play stated that the challenges are brilliant and also frustrating sometimes, but the games in general are a delight for the inquiring minds that love a good brain teaser and an educational, thrilling and mind blowing way to pass some free time. We want to make things even more interesting to our loyal followers, this is why all our resource pages for the game come with detailed explanations and information. So let’s see the What’s the Saying Tricky Level 19 answers and hints and improve our cognitive skills! 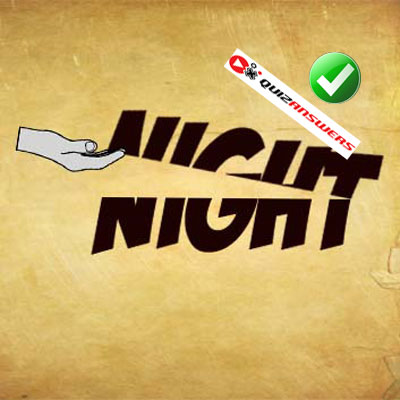 Hints: - The image features the word NIGHT, split in half. The first instinct would be to interpret the image along the lines of “cutting the night” or “split the night” but observe the hand that looks like pulling up the upper half of the word, as it would open a box. In this case, the puzzle reads “opening night.” - The opening night of a production – in terms of entertainment – (a movie, a play, or a concert) is that production’s first performance. It’s the debut, the premiere, the launch or the first night of a show, in other words, and one of the most important moments in a show’s life and success.