Look who arrived at a new milestone in the game! Congratulations and welcome to the What’s the Saying Tricky Level 15 answers and hints page! The answer to this level is an expression, an idiom (we think) that became wildly popular with the rise of the Internet in general and social media in special. There is probably no Facebook daily news feed to not use this expression in some context or another. But if this clue doesn’t help you much in reaching the correct solution, then it’s time to get the big guns out: hints, tips and explanations below, as you got used to by now.

Some of our players said that this game is a brilliant way of teaching them new things. For instance, once they read our explanations related to the saying’s meaning and uses, they opened up some Wikipedia page for instance, to learn more. And they discovered, from one Wiki page to another that they learned a lot of interesting facts that added to their general knowledge baggage. And all of these, starting from a simple mobile app game. Did it happen to you? Well, if it didn’t, it’s still time. Let’s see where the What’s the Saying Tricky Level 15 answers and hints lead your inquiring minds… 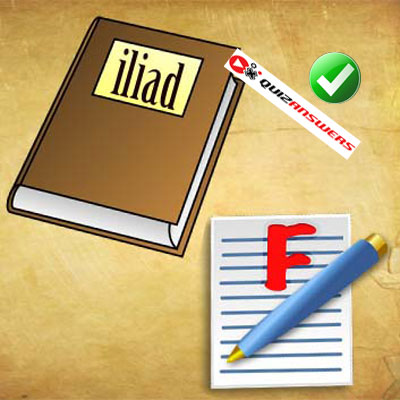 Hints: - This puzzle works on your general knowledge baggage besides working on your cognitive skills. What we have here is a book with the title “Iliad” and a paper graded F. You have to know that the Iliad is an ancient Greek epic poem attributed to Homer, and that the F stands for Fail. In other words, “epic fail.” - As we said, we bump into epic fails almost on a daily basis when we read our news feeds. An epic fail, in urban and Internet framework means a spectacular and terribly embarrassing mistake, a humiliating and of course, a humorous human error we all love to laugh of.