What does SOL mean?

Depending on who you ask, “what does SOL mean” may return completely different answers. It can be considered a word or a text acronym, but since it is rather confusing, make sure you use it correctly. Find out what the game considers to be the correct solution by looking over the next Guess the Text answers, explanations, cheats and fun facts. It’s useful to learn new text abbreviations, but it’s more entertaining to know about their different meanings as well!

You should also be aware that even Internet slang or messaging texting acronyms mean different things for different people. Some employ the same abbreviation to suggest something, while others understand a different message. So getting lost in Internet slang translation is not that unusual. Let’s clear things up and see what does SOL mean!

The word “sol” has many different meanings, the most used ones being “sun” or the “sol keynote” – the fifth tone in the diatonic scale of the solfeggio. In Internet language, SOL stands for “sooner or later”, although some dark corners of the Internet also use this abbreviation for “shit outta luck” – an expression we won’t get into right now.

We use the SOL acronym (“sooner or later”) usually at the end of an argument, to emphasize that some things will eventually take place, in the immediate future. 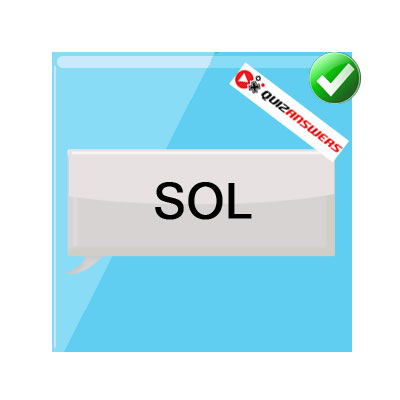